“People destroy other people for no reason.”

I will start by saying that I was given an ARC copy in exchange for an honest review. These opinions are my own. Thank you so much to wonderful people at Scribe for sending a copy my way!

“Your way of not bothering looks exactly like bothering, if you ask me.”

This is a sequel, I will try and keep my review as spoiler free as possible but just be wary if you haven’t read the first one.

END_OF_DOCUMENT_TOKEN_TO_BE_REPLACED 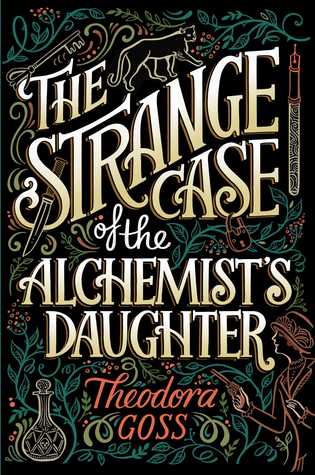 “We are no longer in the age of Charles Dickens or George Eliot, after all. We are Modern. And, of course monstrous …”

END_OF_DOCUMENT_TOKEN_TO_BE_REPLACED

I am here with my December 2017 Wrap Up! These are the book I read in December.

END_OF_DOCUMENT_TOKEN_TO_BE_REPLACED

‘As the afternoon wore on, I watched them, noting the role they were all playing. I doubted any of them truly cared about what they were saying and immensely sorry for them. Their minds were crying out to be free, but they refused to unbind them.’

This book was a big surprise for me. I’d originally planned on reading this book just to get to the squeal. I enjoyed Maniscalco’s twist on Jack the Ripper. Audrey Rose is a strong and modern young woman who refuses to stop studying forensic science and cutting up cadavers just because of the rules the Victorian era placed on women of her status. Audrey Rose works with her Uncle and his young assistant, Thomas Cresswell, to autopsy a string of savagely killed corpses and help Scotland Yard hunt down the serial murderer, Jack the Ripper.

I’m not a big fan of first-person narratives but I think it works for this story. I enjoyed being inside Audrey Rose’s head as she processed each clue and tried to figure out how they all fit together. I loved how Audrey Rose’s personality shone through the writing style. You could feel each eye roll, her frustration at being sheltered and how hard it was for her to keep a hold of her polite society manners.

For me, since I’m not a mystery reader, I didn’t see who Jack the Ripper was until the big reveal and I was pleasantly surprised. I also really loved Maniscalco’s interpretation of the Ripper mythology. It’s clear that she really loves this time period and the mystery of Jack the Ripper with the care she takes when adding in all the gory details. I never felt overwhelmed by the science, world building or the facts of the Ripper murders. Her interruption was believable and played on the theories historians are still debating on.

The most interesting part of this story was the forensic science elements. I learnt so much about it and never felt like it went over my head or that it was dumbed down. The added illustrations of medical procedures and human anatomy really brought this world to life. The illustration paired Maniscalco’s descriptions perfectly. The anatomical description painted the mutilated victims in a vivid, grotesque light that would leave me feeling morbidly fascinated and queasy all at once. If you don’t to well with gore I would no recommend reading this late at night or on a full stomach.

I loved that the romance didn’t take over the narrative like it seems to do with most YA books. Don’t get me wrong I love a good romance as much as the next person but sometimes it takes over the main thread of the story. I think I enjoyed the romance in this more because it was a slow build and you’d never know when those scenes would pop up. I love that Audrey Rose didn’t let Thomas’ charm distract her from the task at hand.

However, I would like to see some other strong female characters in the future books. The only other women to feature are Audrey Rose’s cousin Liza—who is shown as the stereotypical Victorian lady—and Liza’s mother—who is the strict, over religious matriarch. It’s like Maniscalco was spending so long highlighting that Audrey Rose doesn’t fit the mental and social stereotypes of the era that she forgot about the other women.

Also, I would love to see more about Audrey Rose’s Indian heritage since it’s only mentioned in passing when she’s thinking about her mother. It would be interesting to see how this beautiful culture fits with the strict Victorian customs. I hope this is explored in future books.

I cannot wait to dive into the sequel! If you love well-written historical fiction with strong female characters and a dash of murder I think this one is for you.