Hi all! I thought it was time I got to another tag and this one sounded fun. I was tagged by the lovely Aimal from Bookshelves & Paperbacks. Thank you Aimal for thinking of me and tagging me!

CROISSANT: NAME A POPULAR BOOK OR SERIES THAT EVERYONE (INCLUDING YOU) LOVES 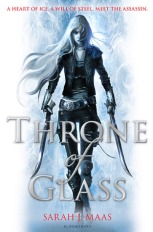 For this one I’m going to say the Throne of Glass series by the wonderful Miss Sarah J. Maas. I was weary of the series because of the hype it had received but am so glad that I got pass all that and read the series. I cannot wait for the last two books,

MACARONS: NAME A BOOK THAT WAS HARD TO GET THROUGH BUT WORTH IT IN THE END 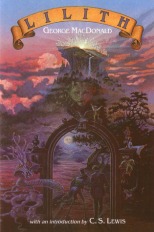 Lilith by George MacDonald. This was a tough read, the language is quite dense as it was written in 1895. However it was well worth the extra time I spent on it. MacDonald is one of the first fantasy writers and is credited as an inspiration to C.S. Lewis and J.R.R. Tolkien. Lilith is a beautiful and dark tale – think Alice in Wonderland meets an Edgar Allan Poe short story.

VOL-AU-VENT: NAME A BOOK THAT YOU THOUGHT WILL BE AMAZING BUT FELL FLAT 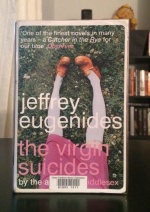 For this I’m going to have to say The Virgin Suicides by Jeffery Eugenides. I had high hopes for this books. I loved the sound of the concept and the opening line drew me in. However the story ultimately fell flat for me. I had some issues with the characters and felt some aspects of the story didn’t equal the consequence or reaction. For more of my thoughts on this book, keep an eye out for my full review.

PAIN-AU-CHOCOLAT: NAME A BOOK THAT YOU THOUGH WOULD BE ONE THING BUT TURNED OUT TO BE SOMETHING ELSE

The Sacred Lies of Minnow Bly by Stephanie Oakes. I did really enjoy this book it just wasn’t exactly what I thought it would be. This is a retelling of a Grimm’s Brother’s fairytale – the Handless Maiden, I think it’s called. I thought the story would unfold as I read it and that it would be set inside this cult. However the story was told retrospectively as Minnow is preparing for a trial.

PROFITEROLE: NAME A BOOK OR SERIES THAT DOESN’T GET ENOUGH ATTENTION

The Moorhawke Trilogy by Celine Kiernan. I still have to read the final book and it has been a while since I’ve read them but even so I adore these books! Our protagonist, Wynter, returns from a 5-year exile to find her homeland in turmoil and the Crown Prince is missing. These books are filled with a fantastical medieval setting, court intrigue, adventure and romance – what more could you ask for? 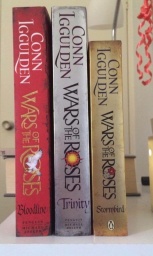 The Wars of the Roses Series by Conn Iggulden. Well any book set during this time period. The Wars of The Roses was a huge civil war in England during the 15 century. Two houses – The Yorks and Lancasters – are fighting for the throne. This series is full of court and political intrigue, betrayal, battle, bloodshed and the fall of the Plantagenet dynasty.

NAPOLEON: NAME A MOVIE OR TV SHOW BASED OFF A BOOK THAT YOU LIKED BETTER THAN THE BOOK ITSELF

This is a tough question, since I generally like both the book and the movie. But for this I will say the 2009 adaptation of The Picture of Dorian Gray, called Dorian Gray. The book is a dense read and is one I want to re-read. I say I enjoy the movie more because I understood the story better than when I read the book – partly because it took me a month or so to read!

EMPANADA: NAME A BOOK THAT WAS BITTERSWEET.

The Gracekeepers by Kristy Logan. This book broke my heart, make me laugh, cry and gave me warm fuzzy feelings. Logan has created a beautiful dystopian world where there is limited land left and the people are divided to ‘landlockers’ and ‘damplings’. I loved both protagonists, Callinish and North. The writing is lyrical and beautiful and the way Logan weaves in Scottish folklore is stunning! Please, if you haven’t read pick this up!

KOLOMPEH: NAME A BOOK OR SERIES THAT TAKES PLACE

SOMEWHERE OTHER THAN YOUR OWN COUNTRY

I chose The Maid: A Novel of Joan of Arc by Kimberly Cutter. I live in Australia so this was an easy question with lots of possibilities. The Maid is set in medieval France and follows Joan of Arc’s live.

PATE-A-CHOUX: NAME A FOOD FROM A BOOK OR SERIES THAT YOU WOULD LIKE TO TRY

I know this is the part where you’re suppose to tag people but I’m not sure who has and who hasn’t done this tag. If you haven’t and you want to, I officially tag you.