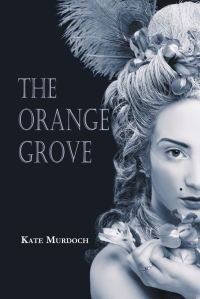 “’… For women, rank is the clearest indicator of their future. I’m responsible for your future, and I’ll do whatever I can to make it a happy one.’”

I will start by saying that I was given an ARC copy in exchange for an honest review. These opinions are my own. Thank you so much to Kate Murdoch and Read the Book Tours!

Blois, 1705. The château of Duc Hugo d’Amboise simmers with rivalry and intrigue. Henriette d’Augustin, one of five mistresses of the duc, lives at the chateau with her daughter. When the duc’s wife, Duchesse Charlotte, maliciously undermines a new mistress, Letitia, Henriette is forced to choose between position and morality. She fights to maintain her status whilst targeted by the duchesse who will do anything to harm her enemies. The arrival of charismatic tarot reader, Romain de Villiers, further escalates tensions as rivals in love and domestic politics strive for supremacy.

In a society where status is a matter of life and death, Henriette must stay true to herself, her daughter, and her heart, all the while hiding a painful secret of her own.

This isn’t an era I normally read from but I adored it. I love books with court drama and intrigue. The Orange Grove is decadent and extravagant; it’s everything I would expect from the French courtiers of Versailles.

The narrative centers around the Duc Hugo d’Amboise and the women who live at Blois Chateau — his wife, his five mistresses and to a lesser extent his daughters. While these women are at Blois at his bidding, the Duc isn’t the main focus; he is simply a status symbol. The attention, money and affection he lavishes on them, the mistresses, in particular, cements their lifestyle. They need it to survive.

The events unfold with the arrival of the Duc’s newest young mistress, Letitia. He is completely besotted with her and maybe even falling in love, which infuriates the Duc’s wife, Charlotte. As Charlotte’s jealousy consumes her, the mistresses take sides and will stop at nothing to uncover each other’s secrets and increase their standing in the household.

I wasn’t aware of the public and open nature of the relationship between the noble lords and their mistresses, but maybe that’s because most of the historical fiction I read is set in England. I found this aspect endlessly fascinating.

The story is told in multiple perspectives, while it did take a few chapters to get to know the point of view characters, I was then completely hooked. One of my favourite aspects was seeing a glimpse of these secretes and a few chapters later watching one of the other characters uncover it.

Charlotte is fascinating. Henriette, her friend and one of the Duc’s mistress, advises her not to worry. The Duc’s interest in Letitia will wane and the Duc will always love her. However, Charlotte ignores her closest friend and allows her jealousy and rage to grow. Ultimately, it will be her downfall and costs her everything—her family, her lifestyle and her status.

Kate Murdoch’s writing style is elegant and lyrical. She’s able to create an atmosphere that draws you in, whether it’s the suffocating tension building in the chaetae or the lively, opulent nature of the French banquets.

Murdoch’s attention to detail is incredible. She’s been able to bring every aspect of 18th century France nobility to life. The amount of research it would have taken is, honestly, unimaginable.

I loved learning about the different aspects of women’s role and the class systems in 18 century France. A huge part of their life revolves around clothes. The dresses, wigs and makeup they adorn themselves in highlights their class. The length of time it took to get ready was longer then I thought and sounds tiring to do every day even with the assistance of maids. You could feel just how heavy, hot and constraining the dresses where.

I was completely absorbed in the world and the mystery element kept me engaged throughout. I wished there was more! If you love historical fiction filled with court intrigue, backstabbing and social climbing, The Orange Grove is a must add to your TBR.