The genres I read this month were fantasy, romance and historical fiction. I read 2 standalones, 3 first books and 4 sequels.

I love the Grishaverse. This book was one of my most anticipated releases of 2019 and it did not disappoint. Nikolai Lantsov, King of Ravka must full a way to rebuild his country after years of civil war. Yet with each day, the dark magic within him grows stronger and threatens to undone everything he’s worked for. Nikolai travels to the places in Ravka where magic is the strongest in hopes to cure the darkness inside him. But some secrets aren’t meant to stay buried—and some wounds aren’t meant to heal. I love Bardugo’s writing, each character does have their own voice and the settings is described vividly. You can’t help up be sucked into the story line. My god! So much happened to every character! This book ends in a trademark cliffhanger.

I will say that if you worried about going into this series because you’ve only read the Six of Crows duology, don’t worry because me too. I didn’t find it confusing to pick up the events of the civil war. Important elements of the first trilogy are sprinkled throughout — in saying that I will pick up the series don’t worry. But I’m just saying not to worry.

I have a full review for this so I will keep my rambling to a minimum. Spoiler to the review, I love this book. The way this book has been structured is so cleaver and has that feel other oral history music books such as Please Kill Me by Legs McNeil and Cillian McCain. We follow the formation, rise and implosion of 70s superstar rock band, Daisy Jones & The Six. The story is pieced together with interviews from the band members, their family, producers, managers and journalists. The band has a Fleetwood Mac feel which I love. Although this band is fictional, Reid constructed the setting using real placed and the culture of the 1970s. 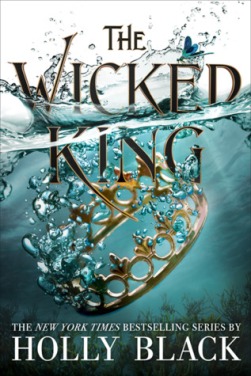 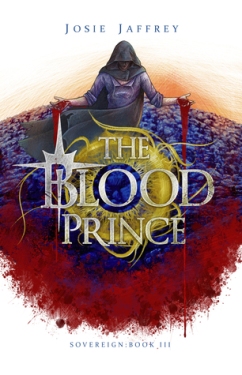 I continued on with my read of the Psy-Chnageling series. In this we follow another of the DarkRiver sentinels, latent changeling, Dorian and scientist, M-Psy Ashaya Aleine. I love this world a lot, it’s like a comfort blanket. I’m so glad Dorian got his own book. He’s been one of my favourite characters since the first book. I also adore the fact that each couple we meets helps to plush along the overarching plot.

The Wicked King (The Folk of Air #2) by Holly Black

This book! My god! So many twists and turns. So many questions. I can’t believe I have to wait another year for the next book. I adore the Faerie world Black has created. It’s equal parts magical and dark. We get to see more of this place, with the introduction of the Underworld which is magical. Jude is a strong woman but her inability to trust anyone really let her down. She shouldn’t have relied on her title to protect her. Black has this way of creating complex character who all live in that morally grey area. This book had me hook from the get go! If you haven’t read and you love Fae stories, you need to pick this one up!

I have a full review for this book up. The Blood Prince is the conclusion to Jaffery’s Sovereign series. This is a great conclusion, everything was resolved but at the same time I still want more for this world and these characters. We are told the story is dual point of views, from human servant girl, Julia and Silver Invicti, Cam. As the pair travel more and more of the world is revealed. The identify of The Blood Prince was a surprise to me. Jaffery leaves the series on a hopeful note. Change can happen. When it does happen it feels far sweeter than any fairy tale or dream you could imagine.  I’m not a fan of dystopian fiction and I adore this series. Highly recommend! 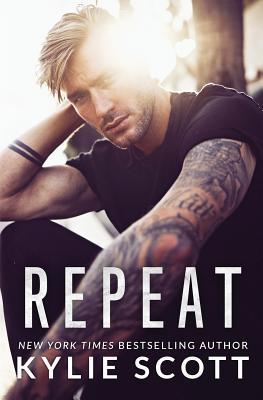 I was lucky enough to be part of Wednesday Book’s blog tour for The Dysasters so I do I have full review, but overall I really enjoyed this book and thought it was a great start to a new series. I love P.C. Cast and Kristin Cast writing style even since The House of Night series so I was thrilled when they announced this book. The Dysasters is superhero teens meets Avatar the Last Airbender. There is a mad scientist who’s messing with embryos to infuses them with the different chemicals, which results in kids who are able to control the elements. Interspersed through the book are drawings of the characters. This really helps to give the story that comic book vibe. I’m excited to see where this story goes next!

I have continued exploring my new love Kylie Scott’s work with her latest novel, Repeat. This story follows 25-year-old Clementine Johns in the aftermath of an attack that leaves her amnesia and having start over. Hoping to find some answers, Clementine tracks down her tattoo artist, Ed Larsen. Her ex fiance who she left a month  ago. I love Clementine’s voice. It’s interesting the way she distinguishes between herself per and post the attack. I will say the ending felt rushed, there was quite a few time jumps which I wish were explores. But that might be because I loved this world and wasn’t ready to leave. Overall, I really enjoyed this book and am kind of hoping it becomes a series like Stage Dive and Dive Bar. 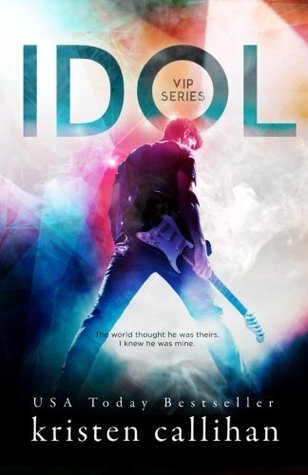 I picked this up one recommendation from Kylie Scott’s website and oh my god! I loved it!  Idol follows Kill John’s guitarist, Killian who’s lost, after the band’s front man, Jax’s attempted suicide. He finds himself in a tiny town, drunk, sprawled out Liberty Bell’s front lawn. The way Killian and Liberty meet is weird and wonderful and I love it. Callihan love of music shines through, there are a ton of references to band and songs. Liberty is an amazing woman who’s trying to face her fears and stop isolating herself. Killian is goofy and oh so sweet. He gives those he loves everything, although at times doesn’t really think things though which creates from tension. I love this book and cannot wait for the rest of the series to be released!

Naturally, I picked up the second book in Callihan’s VIP series after finishing Idol. Managed is a little different than the other New Adult rock band stories I’ve hooked on, mainly for the fact this romance focuses on Kill John’s manager, Gabriel Scott. Scottie, as his known by the band, is an ice cold man who will stop at nothing to protect his friends, however he keeps them and everyone else at a distance. Enter, social media marketing manager, the bubbly Sophie Darling. Sophie has at lot more confidence in social setting than I do and might just be the one to melt Scottie’s icy walls. I love that Sophie is a happy, confident, plus size woman. Scottie has the whole tall, dark and brooding thing going for him which I am a sucker for. I love the way we get to learn more about his past and what happened to close him off. I’m addicted to this series and need the next books ASAP!

Comment down below and let me know what your favourite read of February was.