The genres I read in April were Fantasy and Romance. I read 5 first books in the series, 1 standalones and 3 sequels. 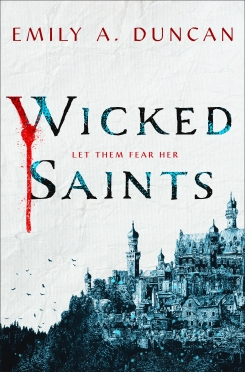 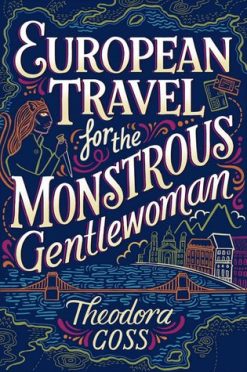 The Girl Who Drank the Moon by Kelly Branhill

Every year, the people of the Protectorate leave a baby as an offering to the evil witch who lives in the forest in hopes that will keep her from terrorising their town. But the witch in the forest, Xan, is in fact a good witch. She rescues the children and find them families, nourishing the babies with starlight on the journey. One year, Xan accidentally feeds a baby moonlight, filling the ordinary child with extraordinary magic. Xan decides she must raise this girl, Luna, as her own. As Luna’s thirteenth birthday approaches, her magic begins to emerge – with dangerous consequences.

This book is everything I adore about Middle Grade fantasy — whimsical magic systems that includes Sorrow Easters and live origami birds, lyrical writing and my favourite thing in the whole wide world, dragons! I was sucked into the world from the very beginning.

Wicked Saints (Something Dark and Holy #1) by Emily A. Duncan

Wicked Saints follows a centuries-long religious war between Kalyazin and Tranavia. The Kalyazin’s are losing and their hopes rest on, Nadezhda Lepteva. Nadezhda is a peasant girl who’s spent her life living under the protection of the monastery walls and can speak to the gods.

Simply put, I love this book! I cannot wait for the next books in the series and already want to re-read it. I love the whole Joan of Arc storyline, however there is a lot more to this story and I cannot wait to see where it unfolds.

Duncan’s writing style is lush and lyrical. There’s a real gothic vibe, which I adore. I was totally engrossed in this world from the opening pages.

Speaking of the world, we have two very different magic systems in this book. First off we have the Kalyazin’s clerics who pray to their gods and bestowed power. The Tranavia’s have a much darker magic, blood mages. The blood mages who need blood to unlock their spells. I’m interested to see more for both these magic systems.

European Travels for the Monstrous Gentlewoman continues on from the events of The Strange Case of the Alchemist’s Daughter and I was so glad to be back with these characters. This series is a Victorian-era mystery, fantasy series, which brings together a misfit group of women who are the result of scientific experiments.

I adore the way this book is written. Not only is Goss’ writing lyrical with visceral descriptions, we get interjection and commentary from each of the characters. So excited and, at times, hilarious.

I love the dynamics of the Athena Club. While they are some personality clashes, I feel they balance each other out. I love, love love, that Sherlock Holmes and Dr. Watson aren’t a huge part of the story and it’s the ladies who solve the mystery.

As I’ve said before this series reminds of a mix between X-men and the TV series Penny Dreadful. I’m in awe of the way Goss blends together these gothic characters. Also love the cameo from Dr. Freud. I’m excited to see who’s involved in the next book. 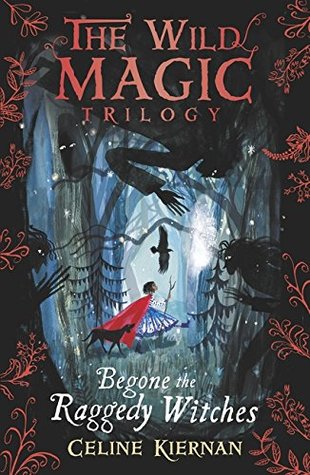 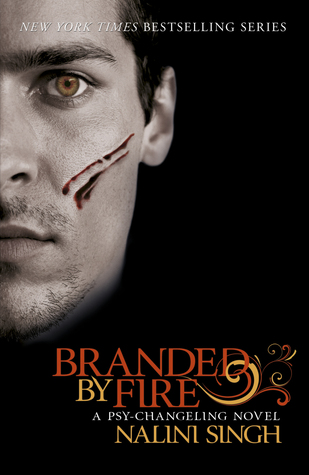 On the night that Aunty dies the Raggedy Witches come for Mup’s mam. They will do anything to coax mam back to Witches Borough, including kidnapping Mup’s dad. Mup, along with her ,mm leave the mundane world to rescue him. But her mam is strange in Witches Borough. She’s powerful and distance. Even if they can save Dad, Mup is not sure anything will ever be the same again.

Another book I didn’t get to for Middle Grade March but was still dying to get too since I adore Celine Kiernan’s other series The Moorehawke Trilogy. There is a Wonderland type feeling to Witches Borough, including the evil, dictator queen.

Mup is adorable. I love her voice. Her enteral optimism that everything will work out bleeds through the pages. I am excited for the sequel, The Little Grey Girl, to see what’s going to happen next in Witches Borough.

Though DarkRiver sentinel Mercy is feeling the pressure to mate, she savagely resists when Riley Kincaid, a lieutenant from the SnowDancer pack, tries to possess her. The problem is not simply that he pushes her buttons; the problem is that he’s a wolf, she’s a cat, and they’re both used to being on top. But when a brilliant changeling researcher is kidnapped from DarkRiver territory, Mercy and Riley must work together to track the young man—before his shadowy captors decide he’s no longer useful.

I picked up the next book for my re-read of the Psy-Changeling series and, as I’m sure you’ve already guessed, I loved it. I forgot how much sexual tension between the two caused them to bicker. Since both are dominate, predator changelings a lot of their conflict is based on power play.

God bless, Riley! He’s a man with a big heart who just wants to protect those he love and believes the he’s mate needs to be a submissive homemaker. Where Mercy needs a mate who respects her strength and won’t try to undermine her. I love these two. Also loved seeing the mates can happen cross changeling species. 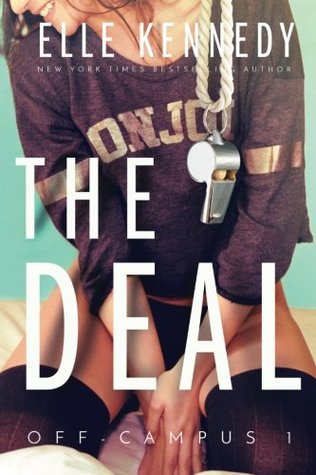 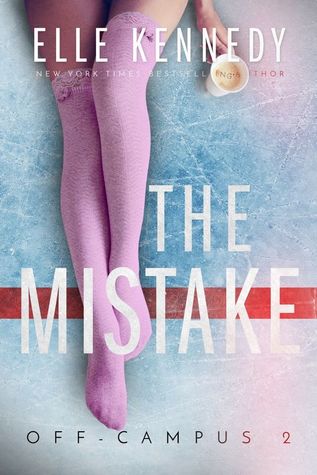 The Deal (Off-Campus #1) by Elle Kennedy

I picked up this series because Garrett is mention in one of Kristen Callihan’s Game On book. I think one of the player is watching a hockey match when they mention is name. Apparently Ivy League sports romances are my jam!

Hannah Wells has finally found someone who turns her on. But she’s carting around a full set of baggage when it comes to sex and seduction. If she wants to get her crush’s attention, she’ll have to step out of her comfort zone and make him take notice… even if it means tutoring Garrett Graham, the annoying, childish, cocky captain of the hockey team in exchange for a pretend date.

I loved that Kennedy was able to tell the story in dual first person perspectives with two distinct voices in Hannah and Garrett. The banter between the two is amazing! And I adore that Hannah is a music major.

There is such strength to Hannah’s character. It broke my heart to read about her past but I admire that she doesn’t want that to define her. Kennedy handled the difficult topic with respect. It’s not like the assault was just a throw away plot point.

The Mistake (Off-Campus #2) by Elle Kennedy

No surprises that after I flew through The Deal I picked up the sequel, which I think might be my favourite of the series.

John Logan is taking full advantage of the fame and college lifestyle that comes with being a player on the school’s champion hockey team. He’s life really is a parade of parties and hookups. Underneath his easy going charm he hides his despair about the dead-end life he’ll be stuck with after graduation. Grace Ivers is not like Logan’s other puck bunnies and if he thinks she will roll over and beg, he can think again.

Oh my God! This book had me in swooning and in stitches the whole time. I’m pretty sure Logan has made my top book boyfriend’s list. There really isn’t anything he would do to prove the Grace that he is serious.

I love the Grace doesn’t cave in to Logan after he treats her poorly. Instead to she designs a list of grand gestures for him to complete if he’s serious about dating her. And he’s team mates pitch in and help out where they can. The scene with the lounge, oh my god! I had to re-read it several times as I couldn’t stop laughing. 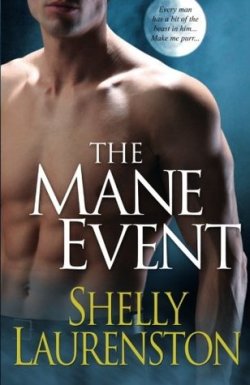 I was in the mood for some paranormal romance and after looking on what was available through my library I chose this one. I hadn’t read about lion shifters before. I wished instead of having two novellas, we have a full length novel for each. The romance for both was way too quick even for the mate trope.

First story we have Alpha Lion and ex Navy Seal, Mace Llewellyn and NYPD cop Desiree “Dez” MacDermot. The pair were friends in high school but haven’t seen each other for decades. Second story we have a romance between Alpha Lion, Brendon Shaw and Wolf shifter, Ronnie Lee Reed.

Overall I did enjoy both story and am interested to see what else happens in this world. Was interesting to see the differences between the tight knit wolf pack and the business-like structure of the prides. It was a little weird that the famed Llewellyn Pride was from wales when they are lions but that’s a small thing. I hope that for the next book we get a full length story. 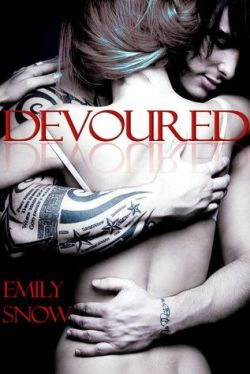 Sienna Jensen had no plans to return home until she discovers her grandmother’s Nashville home has been foreclosed and the new owner has started the eviction process, Sienna has no other choice but go back to Music City. In order to save her grandmother’s house, Sienna offers to obey the orders of and fill in as the personal assistant of rock star, Lucas Wolfe. He is the last man she wants to be submit too as he threw her out of his bed two years ago.

This book is a rock star romance with a slight BSDM twist. Overall it was a fast easy read. I was a little worried at times when Lucas pushed Sienna’s boundaries because although we know she wants him because we are in her point of view, she telling him no.

I loved the friendship between Sienna and Lucas’ sister, Kylie. We really do need more female friendships in books.

Comment down below and let me know what your favourite read of April was.